Despite its near proximity to China in terms of borders and trade, Vietnam came in second to New Zealand in terms of successfully combating coronavirus transmission. Vietnam’s quick response to the virus’s early detection aided in the virus’s containment. According to reports dated March 11, 2021, Vietnam has a total of 2529 positive cases, or about 26 instances per million people, compared to a global total of 15,223 cases. To combat the COVID-19 epidemic, Vietnam has devised a low-cost plan that priorities the Tactful HealthCare System, Decisive Governance, and Public Co-Operation.

When the first incidence of COVID-19 was reported on January 23, 2020, Vietnam quickly implemented a “Whole of Government” approach that included stringent lockdowns of nearby areas, patient isolation, 14-day quarantine camps, and widespread screening of suspicious people. The healthcare system responded quickly to new COVID cases by executing strategic operations at four levels: the national level, the province level, the district level, and the local level. Vietnam has enforced a mandatory 14-day quarantine on all foreign nationals and residents, as well as restrictions on trade.

Because Vietnam having experienced the SARS (Severe Acute Respiratory Syndrome) epidemic in 2003, the government was equipped to respond quickly and aggressively to the virus’s emergence. Vietnam became the first country to be proclaimed SARS-free after taking swift action to keep the disease at bay. From 2004 through 2010, the country successfully combated human cases of avian influenza. Vietnam was well-prepared for epidemics, with sophisticated, well-equipped healthcare that was integrated with technology.

Vietnam has made significant investments in public health infrastructure, emergency public health clinics, and a nationwide public health surveillance system since the SARS outbreak. Since 2009, there have been huge systems required to collect and store public data in a real-time web-based manner. Since 2016, hospitals have been required to report epidemic-related diseases and symptoms to a central database within 24 hours, allowing the Ministry of Health to track and monitor the disease across the country. This aids in identifying clusters of people with similar symptoms, and the risk of a pandemic epidemic can be avoided in the early stages.

Because of previous healthcare investments and a surveillance system implemented following the SARS epidemic, Vietnam was able to deliver urgent healthcare treatment to afflicted patients.

Masks, sanitizers, border closures, and lockdowns were used as early as possible to stop the spread of the virus.

Contact tracing aided in the development of a plan for controlling the infection’s spread.

Some of the effective measures implemented were mandatory testing and quarantining of foreign passengers.

Despite suffering economic losses as a result of severe border restrictions and lockdowns, Vietnam has managed to maintain a stable economy and low inflation rate, which has helped the public, investors, and enterprises maintain momentum. The government had taken the initiative to provide support packages for employees, including 62 trillion dongs ($2.7 billion) in aid to 20 million workers. By reducing barriers to manufacturing and business, the government was taking a sensible and strategic approach to handling the economy. Reorganizing bank loans, exempting payments for interest loans (for a shorter duration), and debt freezing are only a few examples. All of these measures contributed to Vietnam’s GDP growing at a rate of 4-5 percent in 2020.

Vietnam’s achievement in combating COVID -19 can be due to previous strategic experience, proactive government readiness, and public collaboration in fighting the pandemic as a single unit.

No comments to show.

If you have any questions, feel free to reach out to us. 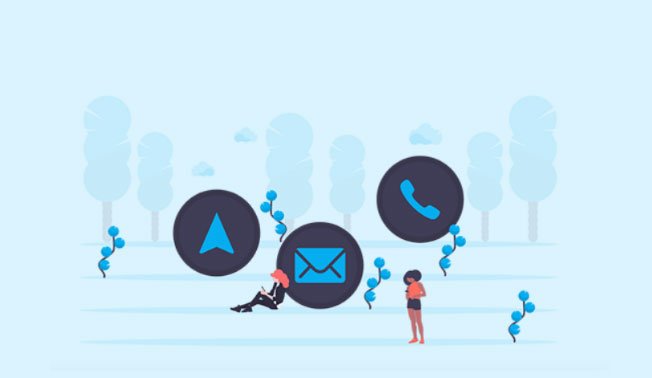 Abroad Educo is an online platform where students
get assistance related to higher  education in abroad. Launched in 2017, Abroad Educo
offers unbiased counseling to students and a
plethora of college options in countries like Canada, USA, UK. Philippines. Germany. New
Read More